How Netflix changed entertainment — and where it’s headed

You can’t overstate the impact Netflix has had — and will have — on the world of entertainment. Watch Chris Anderson’s  interview below with its brilliant CEO Reed Hastings , who Barry Diller described as the most interesting man in media today.

‘All Men Are Guilty,’ Says Mega-Mogul Barry Diller The chairman of IAC and husband of Diane von Furstenberg reflects on pornography, philanthropy and the end of Hollywood as we knew it – By Maureen Dowd.

Netflix changed the world of entertainment –– first with DVD-by-mail, then with streaming media and then again with sensational original shows like “Orange Is the New Black” and “Stranger Things” — but not without taking its fair share of risks. In conversation with TED curator Chris Anderson, Netflix co-founder and CEO Reed Hastings discusses the company’s bold internal culture, the powerful algorithm that fuels their recommendations, the $8 billion worth of content they’re investing in this year and his philanthropic pursuits supporting innovative education, among much more

Netflix Says 20 Million Hours of ‘Mudbound’ Have Been Streamed, Which Is ‘Dramatically Bigger’ Than a Theatrical Release. Read more here. 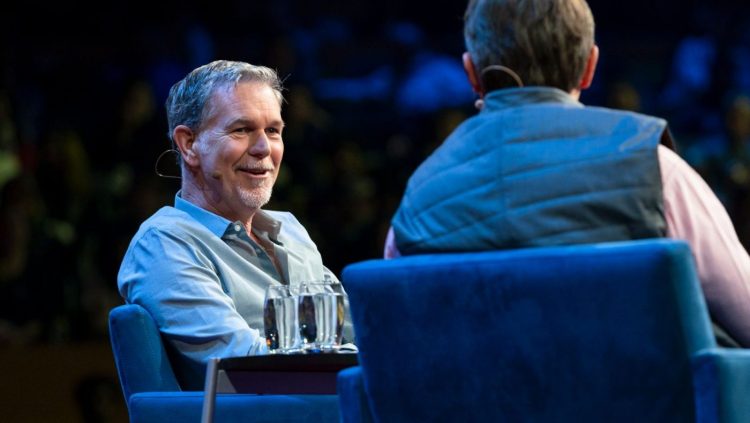 Can a CEO be effective without having to make a lot of executive decisions?

Reed Hastings is living proof that it can be done. In an interview with TED curator Chris Anderson in Vancouver in april this year, the 57-year-old Netflix CEO and co-founder piqued the audience with his leadership philosophy: “I pride myself on making as few decisions as possible in a quarter,” he said. “Sometimes I can go a whole quarter without making any decisions.”

The key, Hastings says, lies in giving each employee agency to make their own wise decisions on behalf of the organization.

That’s no throwaway line at a place like Netflix. The company, which was founded two decades ago and brought in $11.7 billion in revenue last year, ranks “independent decision-making by employees” as its top core value. The ideas of freedom and responsibility course through its oft-quoted Culture Deck: “We believe that people thrive on being trusted, on freedom, and on being able to make a difference…We are dedicated to constantly increasing employee freedom to fight the python of process.” This translates to an open leave policy, no set rules on expense accounts or travel, and no spending ceilings on contract signings. Good judgment, not administration, is the operating principle.

To create that sense of ownership, Hastings says, sharing information across the ranks is essential. “We’re like the anti-Apple,” he says. “You know how they compartmentalize? We do the opposite. [At Netflix,] everybody gets all the information. What we’re trying to do is build a sense of responsibility in people and empower them to do things.”

Netflix Beats Cable, Broadcast, and YouTube as the Top Service to Watch TV

Hastings wasn’t always so chill about handing over the reins. Before Netflix, he led companies that were steeped in procedures. “The problem was we were trying to dummy-proof the system, and eventually only dummies wanted to work there,” he said. When he co-founded Netflix with serial entrepreneur Marc Randolph 20 years ago, they envisioned an organization that would run “with no process but no chaos.”

So far, their experiment in radical openness seems to be working. Netflix topped the rankings for employee satisfaction and employee pay from a 2017 study by Blind, a platform that conducts anonymous polls about employee experience. And Netflix’s growth—it now has 120 million subscribers all over the world except for in China, Crimea, North Korea, and Syria—continues to surprise Wall Street analysts.

Don’t expect Hastings to take all the credit, though. “I find out about big decisions that have been made all the time and I had never even heard about it—which is great!” he said on stage in Vancouver. “And mostly they go well.” “

So you wake up and read about it on the internet, like, oh we’re in China?” challenged Anderson. Hastings nodded. “Sometimes, yeah,” he said. “That would be a big one.”

by Anne Quito from qz.com

The television will be revolutionised – Netflix is moving television beyond time-slots and national markets. 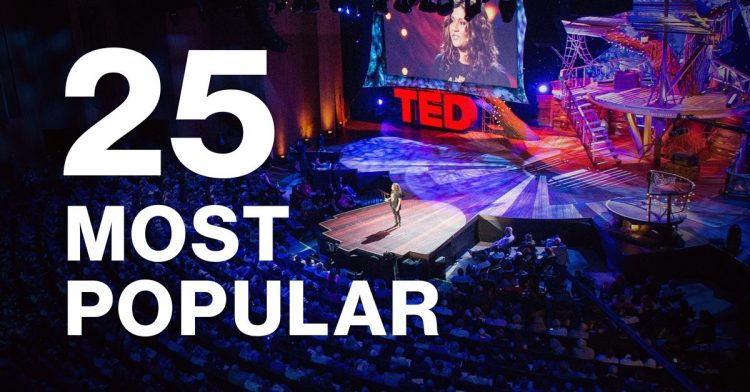 The most popular talks of all time

Are schools killing creativity? What makes a great leader? How can I find happiness? These 25 talks are the ones that you and your fellow TED fans just can’t stop sharing.