Master of performance capture, Andy Serkis, best known as Gollum in The Lord of the Rings and Caesar in Planet of the Apes has worked with leading scientists to create a striking scientifically accurate, 3D animated avatar of a real Neanderthal for a BBC Two series that aired on Sunday 13 May on BBC Two.

World-renowned Human Evolution expert Professor Chris Stringer was the Science Consultant and an on-screen contributor to the series. He collaborated with Serkis and leading scientists from around the world to recreate one of our closest relatives. Professor Stringer says:

“I never thought it would be possible to bring a Neanderthal to life with so much scientific accuracy. It was a delight to see Andy Serkis conjure him with such skill – giving this authentic visualisation a personality through expression and movement that immediately conveys just how close to Neanderthals we are.”

The series is presented by Ella Al-Shamahi (Fossil Hunting in the Yemen – TED), a National Geographic Explorer and paleoanthropologist. Formerly a student at the London Natural History Museum and now at University College London, Ella couples her cave excavations in hostile territories with an unusual side-line as a stand-up comic.

In Neanderthals: Meet Your Ancestors, she explores the recent scientific breakthroughs that have busted almost every stereotype we have held about these archaic humans. Key amongst them: the decoding of the Neanderthal genome, which revealed that most people living today have inherited Neanderthal DNA. 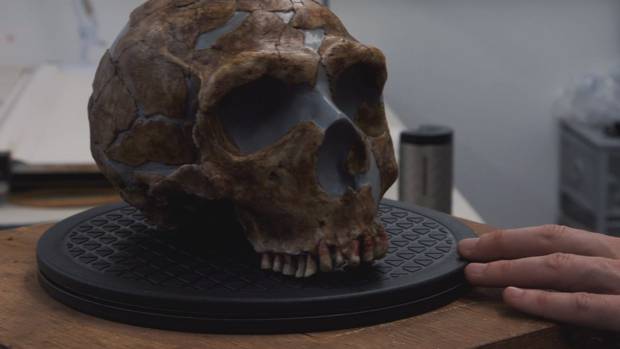 The CGI Neanderthal is based on a skull found in Shanidar Cave in Iraq that Ella names ‘Ned.’ With the help of a forensic expert working on the remaining bone structure, the series reconstructs Ned’s face both as a fit and healthy young man, and as he would have looked at the time of his death – which was very different. When Ned died, it was after surviving more than twenty years following a major injury which fractured his skull, injured his brain and most likely blinded him in one eye.

Basing Ned’s body on a near complete skeleton of a Neanderthal from the Smithsonian Museum, the series documents the layering on of the powerful muscle that coated his body.

Live in the know! It’s just saliva. No blood. No needles. Our home-based saliva collection kit is all you need to send your DNA to the lab. We have made the process as simple as possible – 23andme

Once fully realised, it finally falls to Andy Serkis to bring Ned back to life as a young man. Physically smaller than most modern humans, Ned would have been much stronger and faster with a very powerful upper body. Andy works with his team to reconstruct a Neanderthal hunt – showing how they used their immense strength and speed to ambush and bring down huge animals like Woolly Mammoths.

The series also explores how Ned may have moved, following likely impairments from his brain trauma. The skeleton on which his body is based suffered a lower arm amputation at some point, long before death. Serkis explores how this would have restricted movement – and how Ned and the Neanderthal his body is based on, would have depended on the empathy and care of other Neanderthals to survive.

According to recent science the Neanderthals are not the knuckle-dragging apemen of popular imagination. In fact they are our distant ancestors. About 2% of the DNA of most people is of Neanderthal origin – DNA related to the skin, the genetic instructions are as much as 70% Neanderthal.

Neanderthals were well adapted to their environment, but there was more to them than their physiques. Ella explores new archaeological research that is revealing intriguing details about the Neanderthal mind. In the sea caves of Gibraltar she sees evidence of possible Neanderthal art – and even their apparent penchant for dressing up in vulture feathers. And in London, computer modelling of the Neanderthal vocal track allows us to hear what a Neanderthal may have sounded like 40,000 years after they became extinct.

Ella Al-Shamahi says: “We made the world’s most scientifically accurate and functional Neanderthal avatar… then we asked the Hollywood king of motion capture Andy Serkis to help bring him to life. That makes for a pretty cool science show. For me, one of the most exciting moments was putting that avatar onto a crowded London Underground train and asking just how well does he fit in?”

Amaze yourself! Uncover your ethnic origins and find new relatives with a simple MyHeritage.com DNA test. 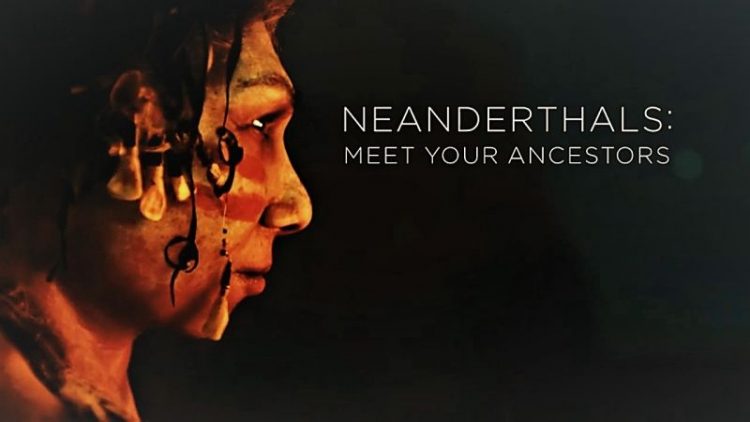 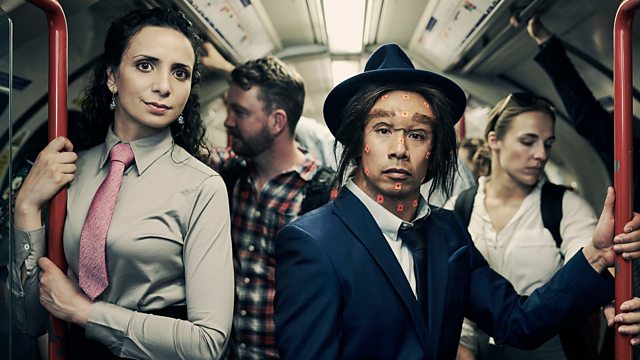 This first programme in a two-part series investigates what Neanderthals looked like and how they lived in their Ice Age world. It turns out that almost everything we thought we knew about them is wrong. They weren’t hunched, grunting, knuckle-dragging ape-men at all. In reality they were faster, smarter, better looking – and much more like us than we ever thought. Our guide is Ella Al-Shamahi, a young, British, rising star in Neanderthal research, with an unusual side-line as a stand-up comic She enlists the skills of Andy Serkis, the global movie star and master of performance capture, best known as Gollum in the Lord of the Rings and Caesar in Planet of the Apes. 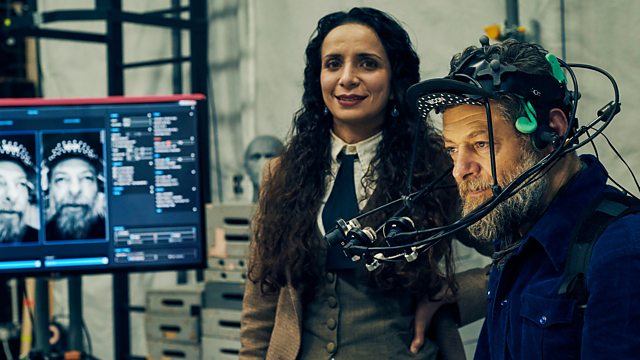 In this episode, Ella Al-Shamahi explores the fate of the Neanderthals – asking why they became extinct, and discovering how they live on inside of us today. The programme starts in the caves of Gibraltar, which may have been the last place the Neanderthals survived. Discoveries here have shown the Neanderthals lived a good life – feasting on seafood and wild game. These were a people who were supremely well adapted to their environment. But about 40,000 years ago they disappeared. Why? One of the reasons might have been that they lost out in a physical showdown with modern humans. Ella investigates one of the world’s oldest murder mysteries.