What Is Ailing Pop Music?

Ever since MTV (1981) arrived in our living rooms, there has been an inordinate amount of emphasis on beauty and youth and appearance – none of which enters our consciousness through our ears. Never have so few companies controlled so much of the music played on the radio and for sale at retail stores. At the same time, there are more bands and more ways to discover their music than ever. Music seems to have split in two – the homogeneous corporate product that is spooned to consumers and the diverse independent music that finds devoted fans online and at clubs across the country.

“Music can save people, but it can’t in the commercial way it’s being used. It’s just too much. It’s pollution.” — Bob Dylan

Before the Music Dies (2006) tells the story of American music at this precarious moment in 2o06. Filmmakers Andrew Shapter and Joel Rasmussen traveled the United States hoping to understand why mainstream music seems so packaged and repetitive, and whether corporations really had the power to silence musical innovation. The answers they found on this journey–ultimately, the promise that the future holds–are what makes Before the Music Dies both riveting and exhilarating.

Since its release in November 2006, the film has screened more than 200 times in more than 130 North American markets.

Narrated by Forest Whitaker, this thought-provoking film that looks at the homogenisation of popular music in the US in this age of corporate globalism.

“The reality is that superficiality is in, and depth and quality is kind of out.” – Branford Marsalis

At the heart of Before the Music Dies are interviews with musicians, industry insiders, music critics, and fans that reveal how music has reached this moment of truth. Featured performances from a truly diverse group of artists, ranging from The Dave Matthews Band and Erykah Badu to Seattle street performers and Mississippi gospel singers show us that great music is always out there… as long as you know where to look.

Before the Music Dies will truly renew your passion for great music, and inspire you to play an active part in its future. 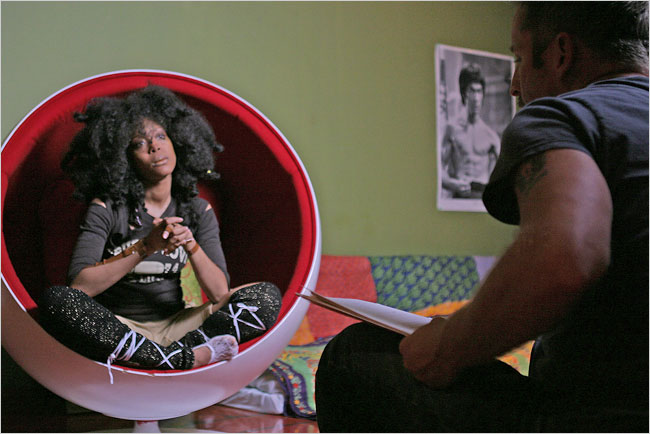 What Is Ailing Pop Music? Depends Whom You Ask. By Kelefa Sanneh – The New York Times

Erykah Badu – There are three kinds of artists. The first kind are the ones who hurt to do what they do. It hurts to write, there’s pain involved, there’s experience in there, there’s blood. The second kind of artist imitates the ones in pain. The third kind of artist just do what somebody tell them to do, learn the step, wear this wig, shake your ass, watch yourself. The first kind of artist are the ones who are more popular than the amount of money they receive. The second kind of artist is usually the rich ones. Third kind, they get dropped from the label because millions of them walking around… Be true. Be you. Don’t let anybody infiltrate your dream. Make sure you’re saying something when you’re saying something. It’s important to sound like you. To feel like you. To be you.

Branford Marsalis –  Students today are completely full of shit. Much like the generation before them, the only thing they are really interested in is you telling them how right they are, and how good they are. That is the same mentality that forces Harvard to give Bs to people who don’t deserve them out of fear that they’ll go to other schools that will give them Bs, and those folks will get the money. We live in a culture that seems to be in a massive state of delusion, where the idea of what you are is more important than you actually being it. It works as long as everyone is winking at the same time. And then if one person stops winking you beat the crap out of that person, and they either start winking or go somewhere else. My students just want to hear how good they are, how talented they are. Most of them aren’t really willing to work to the degree to live up to that.