The Order of Time by Carlo Rovelli

Time feels real to people. But it doesn’t even exist, according to quantum physics. “There is no time variable in the fundamental equations that describe the world,” theoretical physicist Carlo Rovelli tells writer Ephrat Livni from Quartz.

‘We are time. We are this space, this clearing opened by the traces of memory inside the connections between our neurons. We are memory. We are nostalgia. We are longing for a future that will not come.’

If you met him socially, Rovelli wouldn’t assault you with abstractions and math to prove this point. He’d “rather not ruin a party with physics,” he says. We don’t have to understand the mechanics of the universe to go about our daily lives. But it’s good to take a step back every once in a while.

“Time is a fascinating topic because it touches our deepest emotions. Time opens up life and takes everything away. Wondering about time is wondering about the very sense of our life. This is [why] I have spent my life studying time,” Rovelli explains.

Rovelli’s new book, The Order of Time, published in April, is about our experience of time’s passage as humans, and the fact of its absence at minuscule and vast scales. He makes a compelling argument that chronology and continuity are just a story we tell ourselves in order to make sense of our existence.

Benedict Cumberbatch reads the opening of ‘The Order of Time’ by Carlo Rovelli, the new book about the meaning of time from the bestselling author of ‘Seven Brief Lessons on Physics’.

Time, Rovelli contends, is merely a perspective, rather than a universal truth. It’s a point of view that humans share as a result of our biology and evolution, our place on Earth, and the planet’s place in the universe.

“From our perspective, the perspective of creatures who make up a small part of the world—we see that world flowing in time,” the physicist writes. At the quantum level, however, durations are so short that they can’t be divided and there is no such thing as time.

In fact, Rovelli explains, there are actually no things at all. Instead, the universe is made up of countless events. Even what might seem like a thing—a stone, say—is really an event taking place at a rate we can’t register. The stone is in a continual state of transformation, and on a long enough timeline, even it is fleeting, destined to take on some other form.

In the “elementary grammar of the world, there is neither space nor time—only processes that transform physical quantities from one to another, from which it is possible to calculate possibilities and relations,” the scientist writes.

‘We are held together as humans by memory, expectation and fear of the time that passes.’

Even what might seem like a thing—a stone, say—is really an event taking place at a rate we can’t register.

Rovelli argues that time only seems to pass in an ordered fashion because we happen to be on Earth, which has a certain, unique entropic relationship to the rest of the universe. Essentially, the way our planet moves creates a sensation of order for us that’s not necessarily the case everywhere in the universe. Just as orchids grow in Florida swamps and not in California’s deserts, so is time a product of the planet we are on and its relation to the surroundings; a fluke, not inherent to the universe.

The world seems ordered, going from past to present, linking cause and effect, because of our perspective. We superimpose order upon it, fixing events into a particular, linear series. We link events to outcomes, and this give us a sense of time. But the universe is much more complex and chaotic than we can allow for, according to Rovelli.

Humans rely on approximate descriptions that actually ignore most of the other events, relations, and possibilities. Our limitations create a false, or incomplete, sense of order that doesn’t tell the whole story. The physicist argues that, in fact, we “blur” the world to focus on it, blind ourselves to see. For that reason, Rovelli writes, “Time is ignorance.” 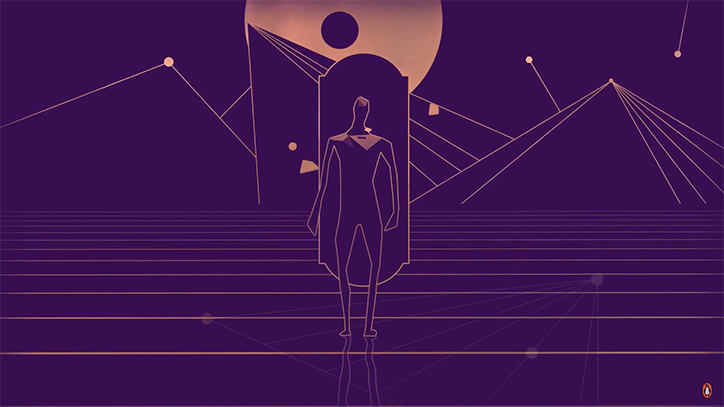 If all this sounds terribly abstract, that’s because it is. But there’s some relatively simple proof to support the notion time is a fluid, human concept—an experience, rather than inherent to the universe.

Imagine, for example, that you are on Earth, viewing a far-off planet, called Proxima b, through a telescope. Rovelli explains that “now” doesn’t describe the same present on Earth and that planet. The light you on Earth see when looking at Proxima b is old news, conveying what was on that planet four years ago. “There is no special moment of Proxima b that corresponds to the present here and now,” Rovelli writes.

This might sound strange, until you consider something as mundane as making an international call. You’re in New York, talking to friends in London. When their words reach your ears, milliseconds have passed, and “now” is no longer the same “now” as it was when the person on the line replied, “I can hear you now.” 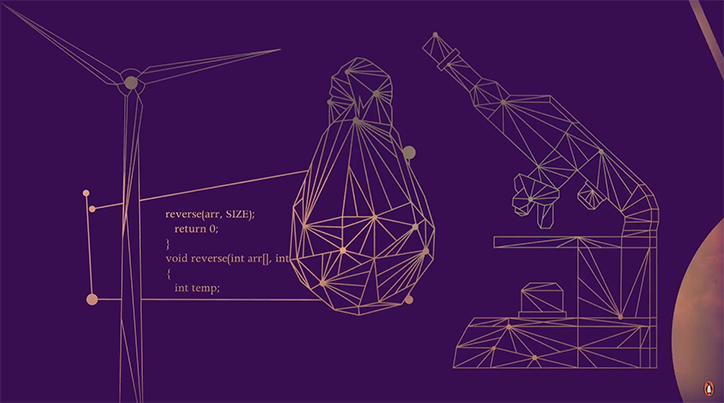 You only share the same time with people in a limited place, and even that is a relatively new invention.

It was not until the 19th century, when train travel demanded uniformity, that “noon” came at the same time in New York and Boston, say. Before we needed to agree on time precisely, every place—even relatively close villages—operated on slightly different times. “Noon” was when the sun was highest in the sky and, in Europe, church bells signaled when this time arrived—ringing at different times in every place. By the 20th century, we had agreed upon time zones. But it was a business decision, not a fact of the universe.

Likewise, time will seem to pass slower or faster depending on what you’re doing. The minutes in a quantum physics class might crawl by, seeming interminable, while the hours of a party fly.

All these differences are evidence that “times are legion,” according to the physicist. And none of these are exactly true, describing time in its entirety.

“Time is a multilayered, complex concept with multiple, distinct properties deriving from various different approximations,” Rovelli writes. “The temporal structure of the world is different from the naïve image that we have of it.” The simple sense of time that we share works, more or less, in our lives. But it just isn’t accurate when describing the universe “in its minute folds or its vastness.”

Time is a story we’re always telling ourselves

Though physics gives us insights into the mystery of time, ultimately, the scientist argues, that too is unsatisfactory to us as humans. The simple feeling we have that time passes by, or flows—borne of a fluke, naiveté, and limitations—is precisely what time is for us.

Rovelli argues that what we experience as time’s passage is a mental process happening in the space between memory and anticipation. “Time is the form in which we beings whose brains are made up essentially of memory and foresight interact with our world: it is the source of our identity,” he writes.

Basically, he believes, time is a story we’re always telling ourselves in the present tense, individually and together. It’s a collective act of introspection and narrative, record-keeping and expectation, that’s based on our relationship to prior events and the sense that happenings are impending. It is this tale that gives us our sense of self as well, a feeling that many neuroscientists, mystics, and the physicist argue is a mass delusion.

“Time is the form in which we beings whose brains are made up essentially of memory and foresight interact with our world: it is the source of our identity.”

Without a record—or memory—and expectations of continuation, we would not experience time’s passage or even know who we are, Rovelli contends. Time, then, is an emotional and psychological experience. “It’s loosely connected with external reality,” he says, “but it is mostly something that happens now in our head.”.