I hear you thinking. Another Kennedy drama series? Documentary? Feature film? How much is there still to explore from this American, royal family. CNN’s “American Dynasties: The Kennedys” is different. You know their name but you don’t know their whole story.

That level of cooperation helps explain the presence of so many home movies — the Kennedys were doing selfies before selfies — that give heft to the insights here. This isn’t a valentine smothered in honey. The first three episodes at least weigh virtues and vices, for example, explaining how patriarch Joseph P. Kennedy took the torpedoing of JFK’s PT-109 boat in 1942 and refashioned it into a story of heroism that ultimately became big-screen propaganda.

It tracks the history of the Massachusetts Irish Catholic clan starting in the premiere, “The Power of Wealth,” with Joe Sr. as his own presidential ambition was derailed by his decision to advocate for appeasement when dealing with Hitler during World War II.

While Joe transferred his dream to his oldest son, Joseph Jr., and then Jack, this series argues matriarch Rose, the daughter of Boston Mayor John Francis “Honey Fitz” Fitzgerald, was just as hungry for power for her children, if not more.

The first three episodes also delve into Jack’s rise in politics, his marriage to Jacqueline Bouvier, Jack’s rise to the White House and Bobby’s war on organized crime and the congressional hearings that brought out the likes of Jimmy Hoffa, who pleaded the fifth.

Crafted by The Atlantic’s marketing team and paid for by CNN – So You Think You Know The Kennedys? – The Atlantic 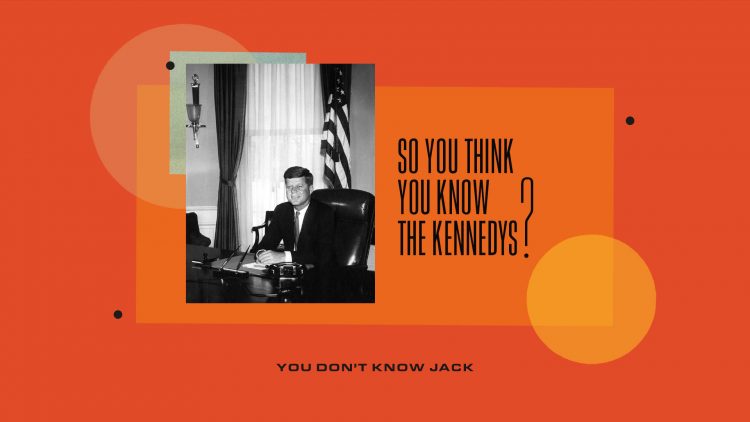 Daughter Kathleen recalls her mother, Ethel, dragging her to the congressional hearings so much that her first words were, she jokes, “I refuse to answer that question.”

While much of the material has been covered elsewhere, this production is crisp and well-paced. As for the everlasting appeal of the Kennedys, as one speaker notes, this is a family known as much for its triumphs as its tragedies. Their lives can be inspiring, humbling or cautionary. (Written by Mark Perigard – BostonHerald.com)

You might be reminded of that old saying, “From those to whom much is given, much is expected.”