America’s infrastructure is in a state of crisis. Roads and train lines are old, dangerous and cost the country billions of dollars in economic growth. Trump wants to repair damages but he is at the mercy of investors. 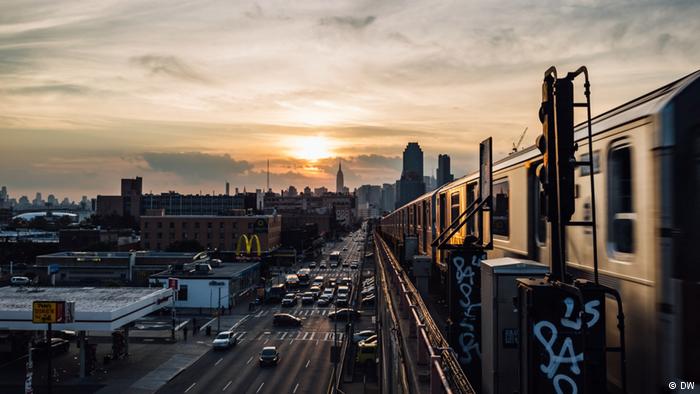 The summer of hell began for New Yorkers last Monday. Beginning at four o’clock in the afternoon people hurried home from work, clogging midtown Manhattan’s Pennsylvania Station. Over 600,000 people trek to Manhattan daily from faraway places like New Jersey and Long Island, entering the city via Penn Station. More people transit through Penn Station than all three of New York’s airports: JFK, LaGuardia and Newark. Yet on Monday many tracks were shut down for the summer so the city can begin tackling urgently needed repairs.

“We are now beginning to see what happens when mass transit systems break down. We have a painful precursor, a series of breakdowns with Amtrak and Pennsylvania Station,” said New York state Governor Andrew Cuomo, “When you close down the tracks there is a series of dominoes that fall, that puts the entire system near collapse.” This was during the press conference where Cuomo declared a state of emergency for the transit system.

The old subways of New York
And it is not only the subway that needs repair: Streets are littered with potholes, dilapidated tunnels are increasingly dangerous and the sewage systems need maintenance. Electricity grids, gas and oil pipelines, ports, freight rail and internet broadband are all infrastructure that require constant maintenance, yet they are privately owned and well kept.

It is the infrastructure that falls under government watch that is failing. “Everyone wants the benefits of good infrastructure and nobody wants to pay, so things are allowed to deteriorate,” says Ingo Walter, Professor Emeritus of Finance at New York University, “Transportation is the lynchpin. Fixing our roads, bridges, tunnels and transportation hubs are a must and will have the biggest impact.” Every four years the American Society of Civil Engineers (ASCE) measures the conditions of bridge, water and transportation infrastructure within the US and publishes its findings through the Infrastructure Report Card. New York received a C- in 2017. With one-third of America’s entire public transport belonging to the state of New York, this is a critical and costly failure.

Why are they so off track?

The report card for America’s entire infrastructure system was even worse. The US scored a lowly D+. 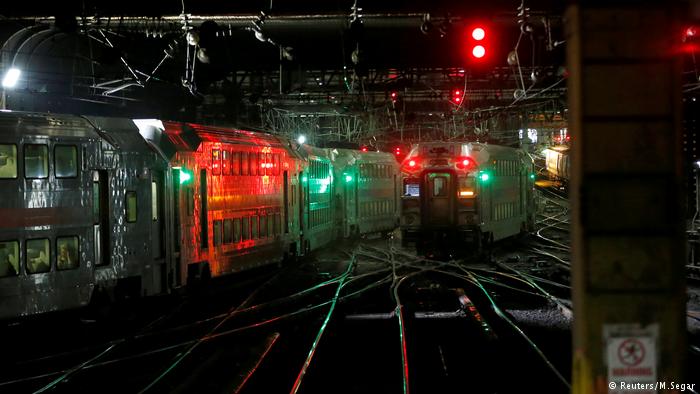 “It affects how we are engaging in the economy,” says Brian Pallasch, the director of ASCE, “It hurts our GDP. By the year 2020 we are going to lose 4 trillion dollars of growth in GDP. And we have been able to calculate that aging infrastructure costs American families about $3,400 (2,940 euros) a year. Think about the time you waste, the fuel you waste.” This includes car repairs for tires busted on bad roads, higher costs for fuel used while sitting in traffic, not to mention the cost of a person’s time. ASCE estimated it will cost $3.9 trillion to get American infrastructure back on track.

During his campaign, Trump promised trillions of dollars to tackle this issue. Yet a look at the budget says otherwise: The government will spend only $200 billion on the infrastructure package. The remaining $800 billion must come from states and municipalities – no major problem for wealthy states. But the rural areas remain in disrepair.

Trump wants private investors to finance infrastructure projects though private-public partnerships. Trump wants to incentivize this through favorable loans and tax breaks, which could subsidize the private sector, create jobs and ease the burden on the government budget. On the flipside, private companies might charge additional fees in attempts to create return on their investment, essentially asking Americans to pay what would have been saved in taxes, in addition to their regular tax payments.

This model also opens the door to inequality, as the cities that need the most funding do not attract investors. Examples of this can be found in Michigan, where Detroit and Flint are essentially a shambles following a major loss of industry. WalletHub voted them the worst cities in America, leaving them at spots 149 and 143 out of 150 cities. There are no prestigious projects to attract investors there. “Congress has not looked after the infrastructure for a decade, and now we see the consequences,” says Pallasch.

Penn Station is just the beginning.

The poor and the disabled are big losers in President Donald Trump’s $4.1-trillion budget proposal. The Pentagon is a big winner. Businesses can look forward to huge tax breaks.

The greatest build-up of American-led military forces since the Second World War is well under way. John Pilger.

Read more on this topic on right here

“We must ask ourselves; in looking back on the US century, have we acted wisely and humanely in our relations to the rest of the world?… We must look in the mirror. Have we perhaps in our self-love become the angels of our own despair?” – Oliver Stone.

46 of the 50 American states are on the verge of bankruptcy. More than 13 million Americans are unemployed. The national debt ceiling was recently raised and is now 14 trillion dollars. More than 49 million people live below the poverty line. Since the latest financial crisis, the confidence in the federal government is lower than ever before. Director Alexander Oey traveled across the United States in 2010/2011, filming communities who have taken matters into their own hands.

More:
Exclusive: CNN witnesses US Navy’s drone-killing laser
Sneak peek at US Navy’s new $13B aircraft carrier
An oil boom is coming sooner than you think
The age of white Christian America is ending. Here’s how it got there.
How China Floated To The Top in Solar
The mystery of money Both sides of the coin
Republicans should seize this opportunity to work with Democrats to mend Obamacare
The Uninhabitable Earth