Levison Wood is a British best selling author, explorer and photographer. He has covered stories and events around the world for over ten years. Levison spent a number of years as an Officer in the British Parachute Regiment, where he served in Afghanistan fighting against Taliban insurgents in Helmand, Kandahar and Zabul in 2008.

“You see families coping admirably with extreme poverty in the remotest parts of the world. Back here, all people seem to want to do is get to the sales and buy the latest widescreen television. It’s infuriating.” Levison Wood.

He is best known for his extended walking expeditions in Africa, Asia, and Central America; over the course of nine months, from 2013-2014, he undertook the first ever expedition to walk the entire length of the river Nile from Nyungwe Forest in Rwanda, beginning in December 2013.

His work has featured in international publications around the world including Channel 4, the BBC, National Geographic, Discovery Channel and the Sunday Telegraph.

“I highly recommend watching Lev’s  documentary series or reading up on Wood’s books – 1020 hours of a true anthropological, visceral, online experience. If 20 percent of the world’s population has a genetic mutation that makes them more open to risk and averse to monotony – the explorer’s gene – then it’s easy to imagine Lev Wood is one of them. ” – AskTheRightQuestion.org

In 2014 he completed a nine month expedition walking the length of the Nile, which was documented in a critically acclaimed Channel 4 series and accompanying book. Wood sets out to walk the length of the River Nile, visiting rainforests, deserts, cities and war zones, and encountering modern Africa, its people and its wildlife.

Watch the full series below: 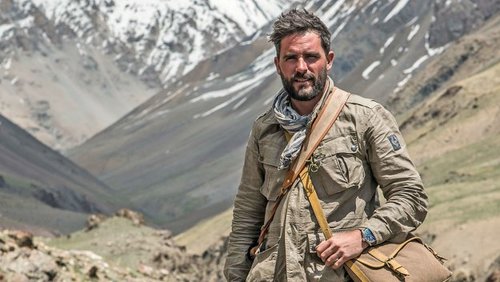 In 2015 he embarked on an even more ambitious challenge to walk the length of the Himalayas from Afghanistan to Bhutan. The 5 x 60′ documentary series appeared on C4, with Levison’s book published simultaneously in January 2016. It was subsequently voted Adventure Travel Book of the Year at the Edward Stanford Travel Writing Awards.

Watch the full series below: 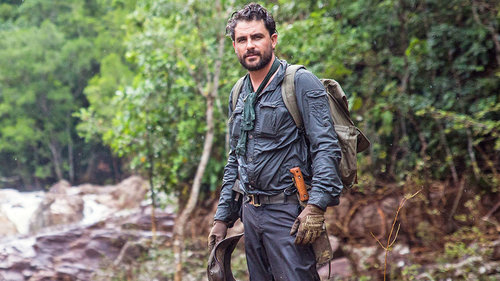 Lev’s ‘Walking The Americas’ from Mexico to Colombia aired on Channel 4 as a 4 x 60′ series in January 2017, whilst his accompanying book became a Sunday Times bestseller.

Walking the Americas chronicles Levison Wood’s 1,800 mile trek along the spine of the Americas, through eight countries, from Mexico to Colombia, experiencing some of the world’s most diverse, beautiful and unpredictable places. His journey took him from violent and dangerous cities to ancient Mayan ruins lying still unexplored in the jungles of Mexico and Guatemala.

He encountered members of indigenous tribes, migrants heading towards the US border and proud Nicaraguan revolutionaries on his travels, where at the end of it all, he attempted to cross one of the most impenetrable borders on earth: the Darien Gap route from Panama into South America. This trek required every ounce of Levison Wood’s guile, tact, strength and resilience in one of the most raw, real and exciting journeys of his life.

FROM RUSSIA TO IRAN

Lev’s most recent TV series ‘From Russia To Iran: Crossing The Wild Frontier’ aired on Channel 4 for four weeks in August 2017. Levison experiences breathtaking landscapes, bizarre ruins and a Sufi ceremony and crosses Chechnya – now ruled by a terrifying strongman – into Dagestan, where terrorists hide out in the mountains.