Robin Williams: Come Inside My Mind

Robin Williams: Come Inside My Mind is an intimate portrait of Williams, told largely by the comedian himself, examining his life, career, and what drove him to give voice to the characters in his mind.

It’s not just hindsight; I could always sit through any amount of Robin Williams’ comedic yakking without the corners of my mouth giving the slightest twitch, but since his suicide in August 11th 2014 his manic shtick has become poignant rather than just annoying. Perhaps the clip format of Come Inside My Mind doesn’t do him justice, showing audiences already in wet-eyed hysteria; you’d need to witness a whole set to understand how cleverly he got them there.

Marina Zenovich’s documentary traces Williams’ life from boyhood, through acting school to improvisational sketches, TV and films. But stand-up comedy was his abiding love, safety valve and coping mechanism. Zenovich’s guiding notion is that his was an exceptionally fascinating and lightning-fast brain, as demonstrated in the routine which gives the film its title. This came at a price; he was “the light that never knew how to turn itself off,” according to a comedian friend. 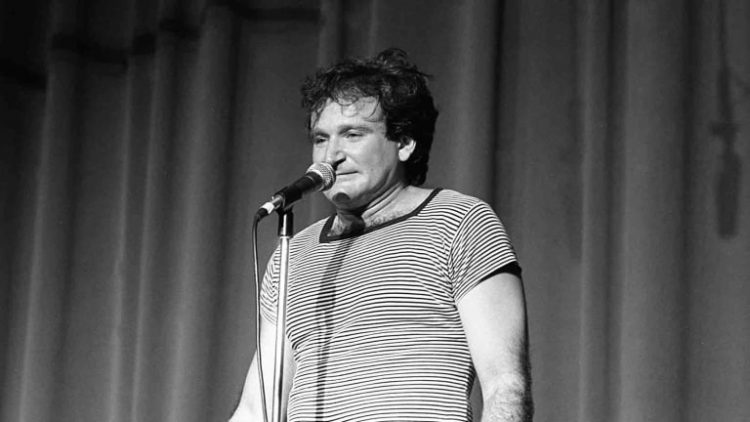 From his struggles with substance abuse to his impact on television history, revelations from Marina Zenovich’s deep dive into the life of the troubled comedian

Watching him perform or be interviewed, you can’t help thinking he’d be a nightmare to live with. Not so, claim colleagues and his first wife, Valerie; at their ranch in northern California, “He was very quiet when he was there, he would shut off and recharge.” One photographer who accompanied him on a comedy tour describes him as “quiet and still, Zen-like” backstage. “Then he was like somebody launched him out of a rocket”, ending up “exhausted, mentally and emotionally”.

Close friend Billy Crystal remarks perceptively: “He needed that little extra hug you can only get from strangers.” Williams’s son Zac recalls that having to share him with the world was part of the deal. “Watching my father give his time to others — it’s something we got used to over time,” he says, his sad eyes and mouth betraying lingering hurt.

HBO’s ‘Robin Williams: Come Inside My Mind’ Offers A Window Into His Brilliance

Having shot to fame with 1970s sitcom Mork & Mindy, Williams quickly took to drugs and drink, partying with John Belushi the night before he died. “Dawbs, that’s never going to happen to me,” he assured his co-star Pam Dawber. He got clean but at times it was “a difficult clean”, according to a friend. Much later, filming The Big White in Skagway, Alaska, he tumbled into drinking again, immediately mining his torment for his live shows. There’s painful footage of Williams not winning a critics’ award and turning crushing disappointment into a comic non-acceptance speech. The lifestyle took a toll on his health, with major heart surgery and a Parkinson’s diagnosis.

I doubt I’ll ever find Williams hilarious, but this portrait highlights many moments of true genius, even if we now see terror in those bright blue eyes and rictus grin. (source: Suzi Feay – FTArts)

Robin Williams was a genius, but he was also a dedicated craftsman who explored how an actor could express character through movement. Join Every Frame a Painting in honoring this tiny facet of his work