British art historian Andrew Graham-Dixon confronts the worlds of high art and seriously organised crime to uncover the true story behind the greatest art heist of the 21st century. In December 2002, two priceless and historically important paintings were stolen from the Van Gogh Museum in Amsterdam, in a brutal and audacious robbery by experienced, professional thieves.

Andrew Dixon confronts the world of high art and organised crime to uncover the true story behind the greatest art heist of the 21st century.

In Holland, It’s as if Dutch Art really is part of the soul of the nation – Andrew Graham-Dixon

But what happened to the masterpieces, and what is their use to criminals who can never sell or display them on the open market? Andrew travels across Europe, moving between the worlds of high art and low crime and meeting policemen, prosecutors and art experts to uncover just how the world of violent and organised crime makes extensive use of stolen art – and how lost masterpieces like these can be successfully recovered

We must love and take care of heritage because it’s something that unites us. Because beauty unites us all. Stefania Castaldi 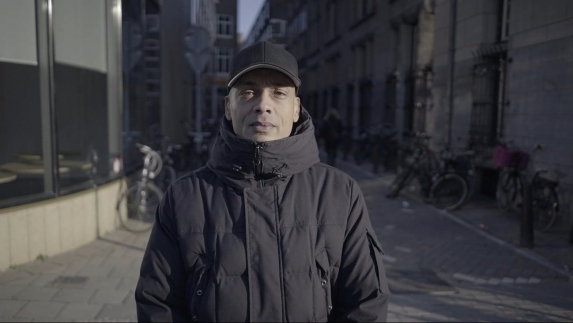 So says Octave Durham, who stole two priceless Vincent van Gogh paintings on the evening of Dec. 7, 2002. More than 14 years after in 2016 he and an accomplice clambered onto the roof of the Van Gogh Museum here, broke a window with a sledgehammer and lifted the canvases off the wall, Mr. Durham has finally come clean about his involvement in one of the most infamous postwar art heists.

He did so in a 45-minute documentary that will show on Dutch television in March 2017, the same day the museum plans to return the two canvases — recovered in September from the home of an Italian mobster’s mother.  A video of police extracting the artwork from the home, where they were hidden behind a mirrored wall, can be found here. And watch the doc. via the Dutch NPO Iplayer here.

Was the most expensive painting ever sold at auction a fake?

The award-winning doc. The Fake Van Gogh’s explores the authenticity of the Sunflowers painting by Vincent van Gogh, bought in the late 1980s for a then record sum by a Japanese insurance company. In 2002, the painting went on public exhibition alongside an undisputedly genuine version of Sunflowers, raising once again the questions so vividly posed in this film.

Until 1989, the village of Dafen in Shenzhen, China was little more than a hamlet – it now has a population of 10,000, including hundreds of peasants turned oil painters. In the many studios, and even in the alleyways, Dafen’s painters turn out thousands of replicas of world-famous Western paintings. To meet their deadlines, painters sleep on the floor between clotheslines strung with masterpieces.

In 2015, the turnover in painting sales was more than $65 million. Zhao Xiaoyong lives and works in Dafen – he and his family have painted around 100,000 van Goghs. After all these years, Zhao feels a deep affinity with van Gogh. So what happens when he goes to the Van Gogh Museum in the Netherlands, to visit the works of a painter who has consumed his life?

Made in China | SBS Dateline