Mountain: a movie that reaches new peaks of cinematography

Only three centuries ago, setting out to climb a mountain would have been considered close to lunacy. Mountains were places of peril, not beauty, an upper world to be shunned, not sought out. Why do mountains now hold us spellbound, drawing us into their dominion, often at the cost of our lives?

“A ravishing feat of vertiginous filmmaking…should be seen only on the biggest of screens.” Harry Windsor, The Hollywood Reporter

MOUNTAIN (74 min.) is a cinematic and musical collaboration between acclaimed Australian film-maker director Jennifer Peedom (SHERPA) and the Australian Chamber Orchestra (ACO), one of the greatest chamber orchestras in the world.

Shot by the world’s best adventure cinematographer Renan Ozturk, narrated by American actor Willem Dafoe (“reads passages from Robert Macfarlane’ book, “Mountains of the Mind”) and written by best-selling author Robert Macfarlane, this feature documentary will explore the troubled and triumphant history of our timeless fascination with mountains. 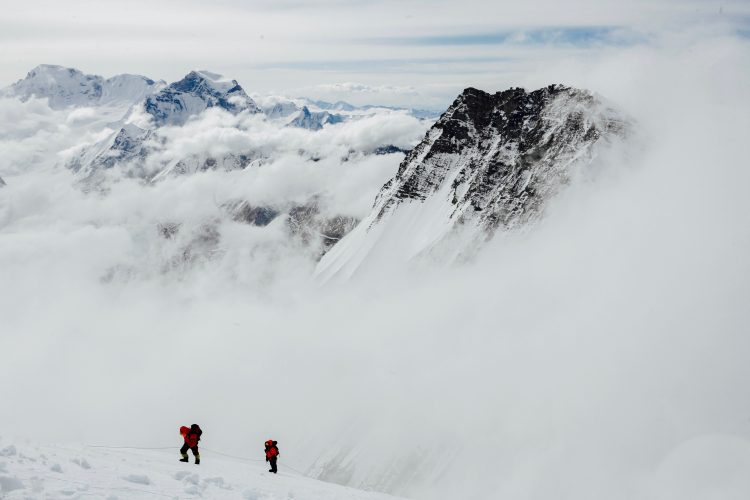 “The film traces the early days of mountaineering, a new passion marked by humanity’s quest for the sublime, succeeded by the new craze for extreme high-altitude sports, in which the note of humility has been lost, replaced by a new machismo and a dash of near-deathwish egotism. As the narrator shrewdly says, they are “half in love with themselves and half in love with oblivion”. The pictures are remarkable. It’s something to seek out on the big screen.” – Peter Bradshaw.

The Film is currently playing in The Netherlands at the Balie and Filmhallen. Mountain will be released in the UK, FROM 11 MAY Carlisle – Tullie House Museum & Art Gallery. FROM 29 JUNE Otley – Otley Courthouse. In US theaters May 11, 2018.

Watch the official trailer below (headset only)