Paul Simon and Art Garfunkel performed ‘The Sound of Silence’ at the 25th Anniversary Rock & Roll Hall of Fame concert at Madison Square Garden in New York on September 29th & 30th 2009. And on december 30th that year Youtube user Zarastro1040 did us all a huge favour by uploading this unique performance of ‘The Sound of Silence’  – 19 million people agree with me…

Simon and Garfunkel’s song “The Sound of Silence” was written amid the turmoil following President John F. Kennedy’s assassination. 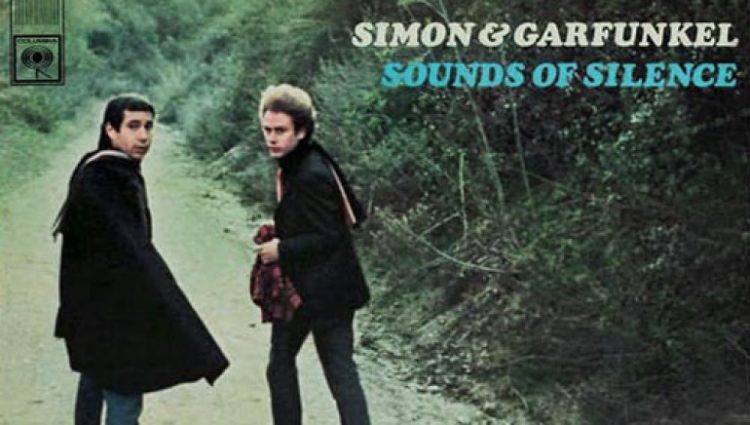 The 1966 album “Sounds of Silence” by Paul Simon and Art Garfunkel was a hit in its day but not before the duo struggled and split early on.

Their song “The Sound of Silence” from the aftermath of President Kennedy’s assassination 50 years ago this year had initially flopped — but it became a hit after it was re-edited as a single. That prompted the duo to reunite and quickly record another album under a similar title.

“There’s something fundamentally appealing about the simplicity of those lines ” Garfunkel said.

“When you look at the little mesh, wire microphone … and you address people on the other side of the mic, you hope that your performance will be special, and you hope that it will have lasting power,” he said, adding that he remembers thinking in the 60s that “if we do really good and give a very special performance to these great Paul Simon songs, we might last right into the next century and be appreciated.” 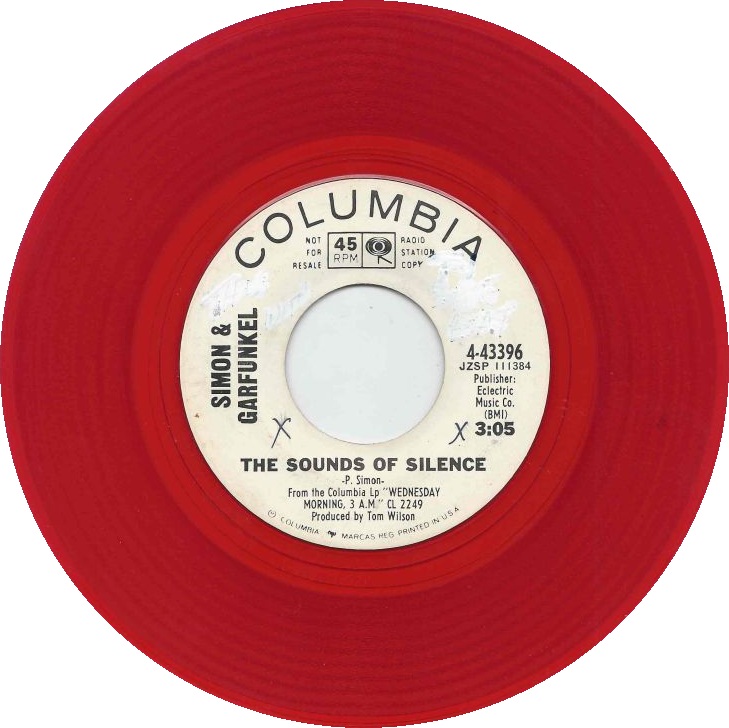 Their words and their tune have taken on special significance in American culture. Hearing Simon sing “The Sound of Silence” on the 10th anniversary of the 9/11 attacks, NBC newsman Tom Brokaw briefly struggled for composure. The music, he said, evokes memories –  The Associated Press

Garfunkel moved to Connecticut and became a math teacher for a spell. “I would talk them through a math problem,” he remembered in 2015, “and ask if anyone had any questions and they would say: ‘What were the Beatles like?’”

The legend of Simon & Garfunkel is bigger than either performer, though only one of them remained a major star after their breakup, while the other became… too often the butt of unkind jokes. At the pinnacle of their fame in 1970, Art Garfunkel, the tall angelic singer with the golden halo of curls, walked away from the duo as their relationship soured.

Paul Simon, Garfunkel recalled of the acrimonious split, “was getting on my nerves. The jokes had run dry.” Perhaps it’s for the best they quit when they were ahead since their friendship never recovered. After their famous Central Park reunion concert in 1981, a planned tour fell apart when they stopped speaking to each other. At their 1990 induction into the Rock and Roll Hall of Fame, the duo played three songs and reportedly left without a word exchanged between them. “Arthur and I agree about almost nothing,” Simon remarked. Their split has all the qualities of a terrible divorce.

Luckily for their fans, the two have infrequently given their partnership another shot, staging tours in 1993 and 2004.

And in 2009, Garfunkel showed up for three songs during a Simon concert at New York’s Beacon theater. This led to a tour of Asia and Australia and, as you can see up top, an appearance together at the Rock and Roll Hall of Fame’s 25th Anniversary Concert at Madison Square Garden, where they played one of their biggest hits—and arguably one of Simon’s greatest songs—“The Sound of Silence” (1964). If you didn’t already know that they can’t stand each other’s company, you’d hardly guess it from the video.

After Simon’s gently plucked guitar intro, they exchange brief but genuine smiles, then launch into harmony, their voices blending with all the haunting beauty of their heyday. In fact, it’s possible that—despite the bitterness and wear of several decades—they sound better than they ever did. Compare this performance to that below, a live Canadian TV appearance from 1966. (Simon earnestly, and ironically in hindsight, introduces the song as a comment on strained communication.) The early performance seems rushed and mannered compared to their impassioned reunion in 2009.

“Who knows what the future brings?” Garfunkel said. “This is my old buddy, the first friend I made in life.”

It’s a truly haunting experience fitting a truly haunting song, and made all the more poignant by the fact that they may never perform together again. In 2010, what is likely their last reunion ended when Garfunkel’s voice failed him. Diagnosed with a condition called “vocal paresis,” he’s spent the past few years regaining his singing abilities. But, while Simon has ruled out another reunion, Garfunkel, for all his rancor and regret, holds out hope. “When we get together,” he told The Telegraph in 2015, “it’s a delight to both of our ears. A little bubble comes over us and it seems effortless. We blend. So as far as this half is concerned, I would say, ‘Why not, while we’re still alive?’” They may have made a very unhappy couple, but the magic that brought them together clearly hasn’t suffered for it – by Josh Jones | OpenCulture