When The Dutch Ruled The World

Watch When The Dutch Ruled The World: Rise and Fall of the Dutch East India Company (8:26)

Business Casual is about companies and corporations, but also people: it follows the often unexplored journeys of the men and women who shaped our world.

The Netherlands is one of Europe’s economic centers, despite its small size. This surprising twist of history is due, however, to a less savory turn of events. During the 16th century the Dutch were under the dominion of the Spanish Empire and they didn’t like that very much. They fought for their independence for 80 years and their country suffered greatly because of it. Back then the Spanish controlled the lucrative Asian spice trade, which the Dutch economy relied on. However, when the Spanish closed off Lisbon (then the spice hub of the world) the Dutch had no choice but to sail to the Far East and claim the spice trade for themselves.

The Dutch East India Company was richer than Apple, Google and Facebook combined.

While the Spanish were bogged down in a costly war against the English, the Netherlands swooped in and took over the Asian spice trade through their Dutch East India Company (VOC). In the span of a few decades this new business venture grew to massive proportions and funded the Dutch independence effort, as well as massive land reclamation. That included slave trading, colonial oppression and absurd mistreatment of employees. 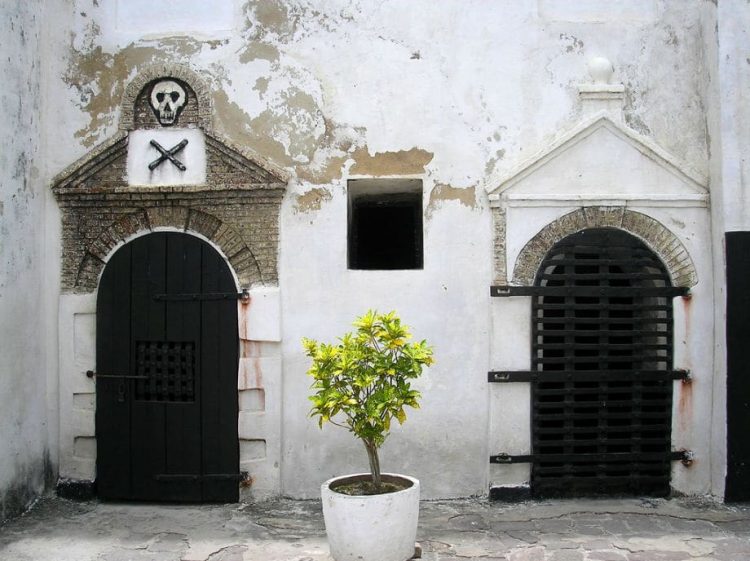 Slave cells at Elmina Castle, Ghana. The location where the Dutch picked up a lot of slaves before they were transported to the New World. The skull above the door doesn’t seem to be a sign for a bright future.

Eventually the VOC declined and a perfect storm of wars abroad and at home eventually destroyed it. But after two centuries of operation this one company left an impressive legacy of colonial scars and capitalist wealth that still influences the Netherlands to this day.

The “Vereenigde Oostindische Compagnie” (VOC), better known as the Dutch East-India company was set up in 1602, head-quartered in the “Oost-Indisch Huis” (East-India House) (Kloveniersburgwal 48, 1012 CX Amsterdam) in downtown Amsterdam – which still stands today. And is now used by the University of Amsterdam (Bushuis). It was founded as a private merchant company that was granted a two decade long monopoly by the government for spice trading in Asia, in particular the Dutch East-Indies, known today as the Republic of Indonesia. 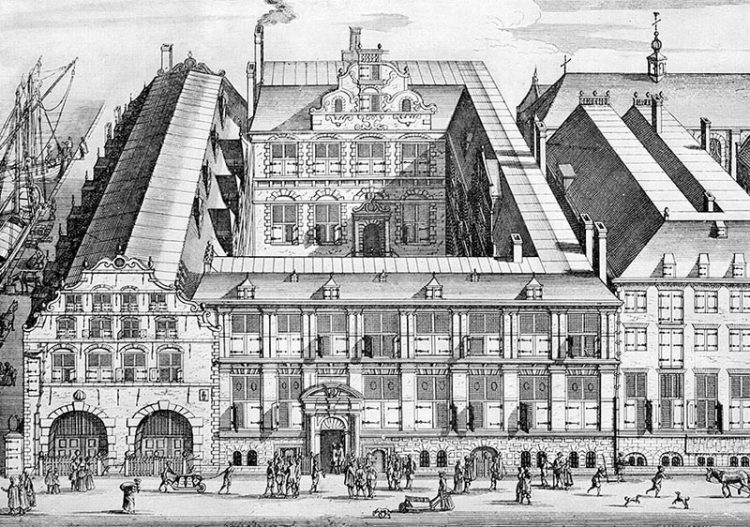 The government of an exclusive company of merchants is, perhaps, the worst of all governments for any country whatever.

And if you think Amazon is thrifty with deliveries – the VOC sent over one million voyagers across Asia, which is more than the rest of Europe combined, in a time where a trip from Amsterdam to Batavia (Djakarta) would last no shorter than 8 to 10 months and many ships, or individual passengers, would never return. Many of the massive sailing ships perished in storms, fell prey to piracy or infectious disease. Traveling at the time came at a huge risk, but once on location and with the right knowledge and attitude there was a great chance of becoming wealthy and so many took the risk. 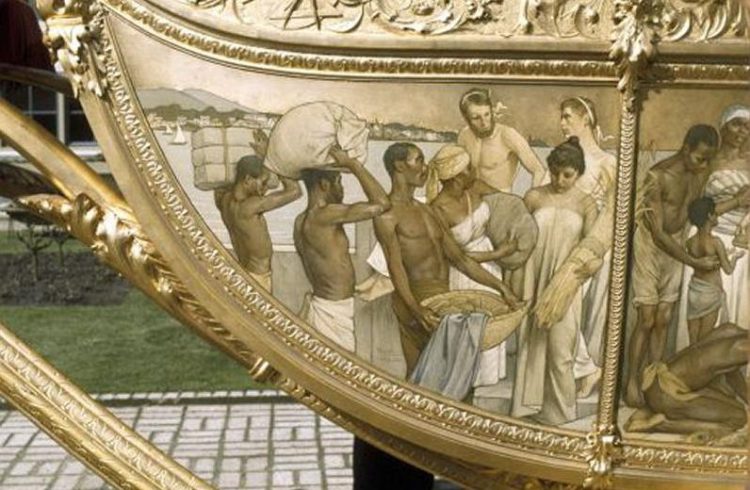 Literally engraved in the Dutch history. A depiction of slavery on the Royal Golden Coach.

The company was also the first official company to issue stocks, which peaked during the Dutch “Tulip Mania”, a craze for tulip bulbs that is seen as the world’s first true financial bubble. The VOC’s stocks pushed the company’s worth to a massive 78 million Dutch guilders, which is a pretty solid business even today, but translates to a whopping $7,9 trillion dollar worth today. That’s 7,900 billion – or 79,000 million!

The Dutch East India Company and its introduction of share certificates formed the base for modern capitalism.

World’s oldest share. In 2010 Ruben Schalk, a history student from Utrecht University, found the world’s oldest known VOC ‘share’ during his thesis research in the Westfries Archief in Hoorn. It dates from 1606 and was issued by the VOC chamber of Enkhuizen. 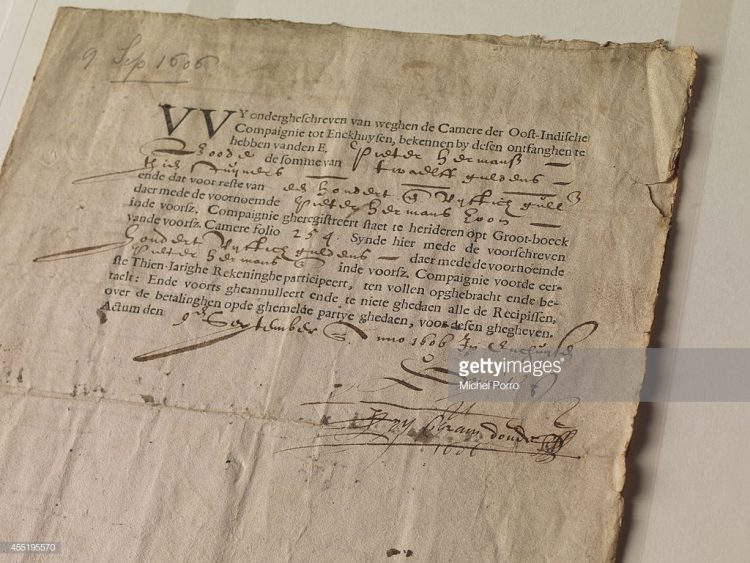 How today’s tech giants compare to the massive companies of empires past – Business Insider by Jeff Desjardins, Visual Capitalist.

At the Height of the tulip mania in 1637, the dutch east india company was worth more than 20 of the worlds most important companies today.

Chart: The Most Valuable Companies of All-Time 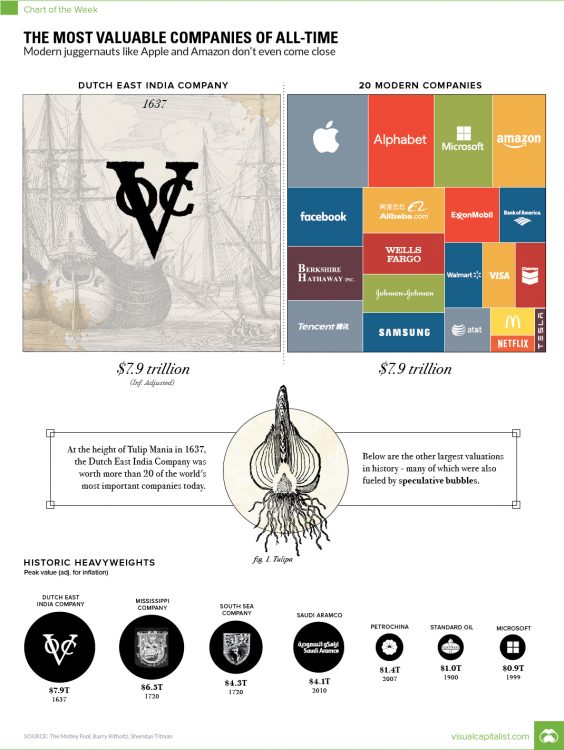 At it’ speak the VOC was worth the equivalent of Apple, Microsoft, Amazon, ExxonMobil, Berkshire Hathaway, Tencent, and Wells Fargo put together. This means that the world’s most valuable company, Apple and Amazon, is worth about 11% of the peak value of the VOC.

Business Casual expose just how deeply-rooted companies are in the modern world. New videos every other Friday. 52nd video of the Behind the Business Series of Business Casual. Under the kind patronage of Nagabhushanam Peddi, James Gallagher & Brett Gmoser. 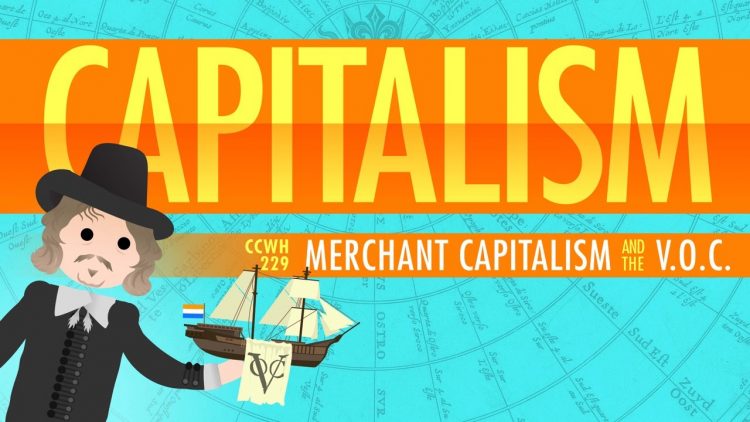 You’ll learn how the Dutch came up with inventions including joint stock corporations, maritime insurance, and futures trading… and how all this affected the US economy in 2008.

THE ISLAND AT THE CENTER OF THE WORLD.
The Epic Story of Dutch Manhattan and the Forgotten Colony That Shaped America.
By Russell Shorto.
ORDER HERE!

Amsterdam: A History of the World’s Most Liberal City
An endlessly entertaining portrait of the city of Amsterdam and the ideas that make it unique of the World
By Russell Shorto.
ORDER HERE!